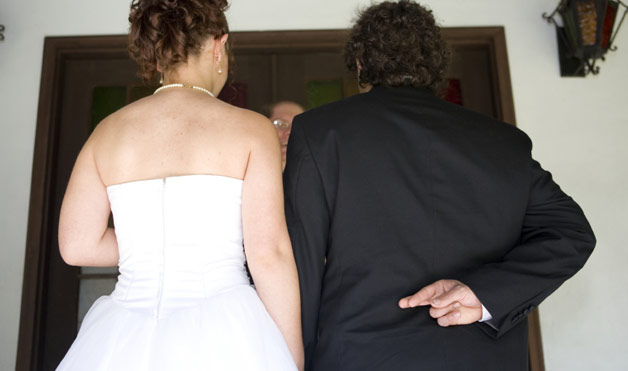 The last time you want to get in trouble with the law is on your wedding day. After all, you can’t start your honeymoon from a jail cell. To help you stay on the straight and narrow, we’ve compiled a list of the 10 weirdest wedding laws that are still on the books in the U.S. Okay, okay, so these laws aren’t enforced nowadays, but they were never repealed–which, as you’re about to see, is almost unbelievable in most cases.

Tennessee: It may seem unbelievable in the year 2015, 60 years after the Civil Rights era, but interracial marriage is still technically illegal in Tennessee. The laws against it were never officially repealed. We can’t imagine anyone’s going to call you out for marrying someone of a different race, but it’s weird to think the law’s still on the books.

Delaware: Call it the “just joking” clause: a wedding in Delaware can be annulled immediately if one or both parties say the marriage was “in jest.” It’s good to know the “take-back” rule is still in effect. 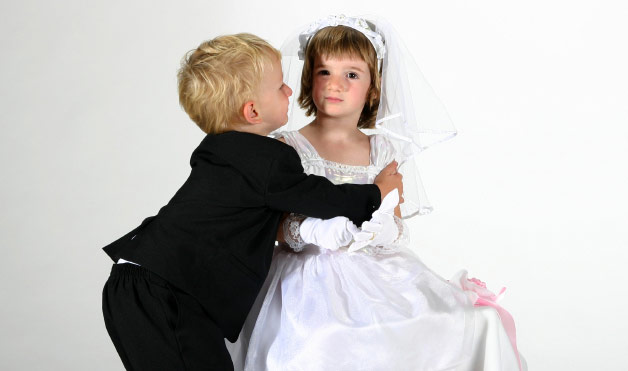 Kentucky: Have you already married and divorced your would-be groom three times? Well, then, stop right there. In Kentucky, it’s illegal to marry the same person four times. Why four? We have no idea.

Massachusetts: If you spend your honeymoon at a motel in Massachusetts, make sure you throw on some pajamas after your wild wedding night. It’s illegal to sleep in the nude in a rented room. It’s not clear how anyone would know you were breaking that particular law, though.

Texas: Why bother with an elaborate ceremony and reception? In Texas, if you introduce someone as your spouse three times, you’re legally married. Think of the savings!

North Carolina: If your stud turns out to be a dud, that’s grounds for divorce in North Carolina. Divorce is granted without question if the groom is impotent. It’s funny; you can’t use wedding sparklers at your ceremony, but you can legally get divorced if “sparks” don’t fly in the bedroom.

Vermont: If you plan to grow old with your husband in Vermont, he gets to decide whether you have a winning smile or not. The law states that a wife must have written permission from her husband to get false teeth.

New Orleans: NOLA may be the voodoo capital of the U.S., but your officiant can’t be a practitioner of the dark arts. By law, no palm readers or fortune tellers can serve as wedding officiants 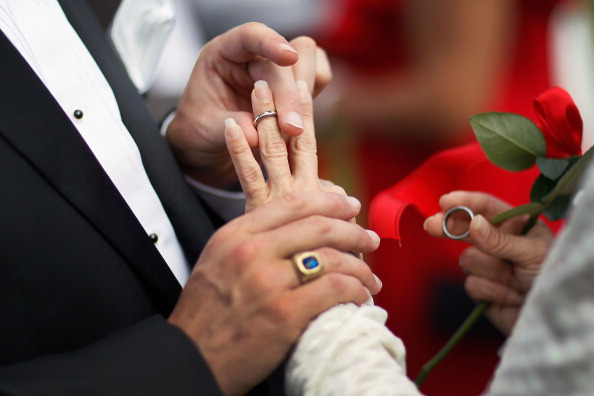 Cape Cod: In the small town of Truro, a groom can’t be wed until he proves his manliness. According to the law, he must prove it by killing six blackbirds or three crows. Won’t someone think of the crows?

Hartford: And now, you may…not kiss the bride, if you’re getting married on a Sunday in Hartford, Connecticut. The law states there’s no kissing in public.

It’s amazing that any of our grandparents managed to get married and stay married, what with having to prove manliness, not being able to kiss in public or sleep in the nude, and wives having to get permission for false teeth. Thank goodness the biggest thing you’ll have to worry about at your wedding is whether Uncle Charlie has one too many drinks.

What are Recoverable Damages in a Car Accident Lawsuit?

Knowing How to Properly Write an ATO Objection Letter Is Important

What are Recoverable Damages in a Car Accident Lawsuit?

How to Find a Reputable Lawyer