Whether you want to celebrate the 4th of July, New Year’s Eve, or another holiday that is widely observed in the United States, fireworks are a part of the tradition at many of these events. Since the inception of these holidays, it has been common practice to throw parties in your backyard, invite all of your friends and neighbors over, and grill food while lighting fireworks. Though most of the country still allows the use of fireworks, there are actually a few places that have outlawed them altogether. On top of that, most states regulate what types of fireworks are acceptable to use, as well as what time of year you are allowed to use them. 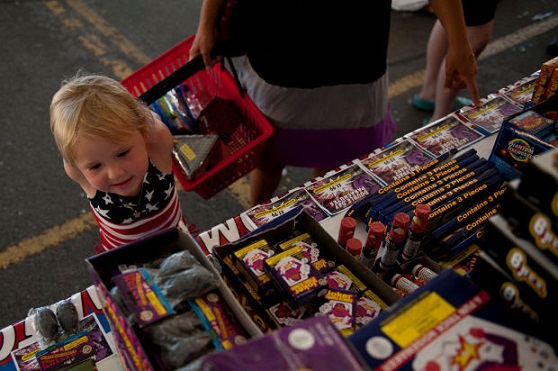 With so many jurisdictions throughout the country, it can be tough to know exactly what is and isn’t legal in your state. Unless you are very familiar with all the different fireworks that are available, it can still being confusing even if you’re reading the law directly from your government’s website. Since fireworks laws for every state are different and most people can’t tell the difference between a sparkler and a bottle rocket, here are some things that will help you make sense of it all.

Novelties are the most common type of fireworks available, and virtually every state allows their use legally. The most well-known type of novelty fireworks include sparklers, black snakes, and smoke balls which are incidentally the most popular types on the market. Since no packaging leaves the ground and all of the excitement stays contained to one area, novelties are considered legal by the Federal Government. However, there are a few states that prohibit their use in certain areas; most notably large population centers like New York City. When you read your state laws, the use of novelties should be specifically allowed or prohibited.

Fountains are a type of firework that is basically one step up from novelties. All of the packaging stays on the ground, so most states allow their use legally and you can find them at a local fireworks store or department store. However, the way they differ from novelty fireworks is that they shoot sparks much higher and do not stay confined to a specific area. For this reason, they are more likely to be considered illegal in your state; especially if you live in a densely populated area. When reading your state’s fireworks law, it will usually cite the maximum weight of powder allowed in your fireworks if these are legal; the most common weights are 200 grams or 500 grams.

Aerial fireworks are the largest type of consumer fireworks allowed on the market. Though there are a few states that allow you to buy aerial fireworks, the vast majority of states have made their use illegal. Essentially, aerial fireworks are smaller versions of the big fireworks used for the shows that cities and businesses hire professionals to produce. If these are legal in your state, the law will specifically include them or say that all consumer grade fireworks are legal.

The easiest way to understand whether or not you can use a specific type of firework legally is to read the laws in your state very carefully. The rules regarding legally using fireworks will vary from place to place, so reading the statutes is the only viable way to know what is allowed. Most states are very clear in their laws in regards to what is specifically allowed or specifically prohibited, so you should be able to make sense out of it unless it’s poorly written. If all else fails, remember that you can always call your local fire department to find out the laws as they are usually considered the local authority on the matter.