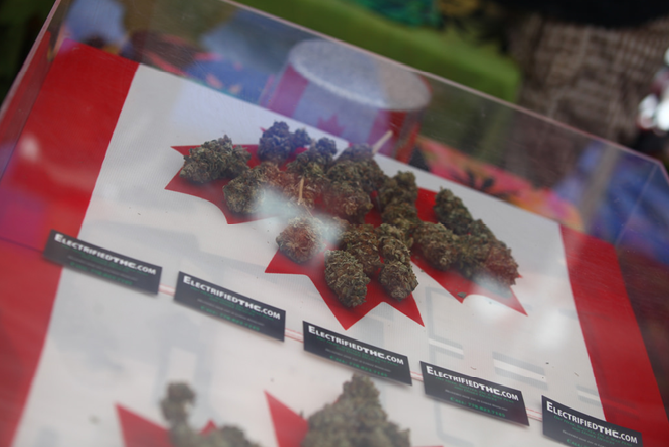 Canada’s legal landscape is changing, and the nation’s leaders need our help.

Aimed at citizens of every sort, the Canadian government has just launched an online questionnaire that will be used to collect data and varying opinions on the topic of the legalization of marijuana in Canada.

Headed by Canada’s newly formed Task Force on Marijuana Legalization and Regulation, the digital survey is a means for the average person to provide some input on the logistics of marijuana legalization and how it will be regulated.  The task force itself is made up of nine individuals who will conduct both economic and legal research on ways in which marijuana can be sold, produced, and regulated in Canada.

The Canadian government hopes that citizens who are both for and against the legalization of marijuana will take part in the questionnaire in order to create a “meaningful analysis” on the topic. Finding Canadians entirely against marijuana legalization may be harder to come by than one might think, however, given the results from a recent Nanos poll that demonstrated nearly 70% of all Canadians are in support of legalizing marijuana.

Despite being a promise made by Prime Minister Justin Trudeau during his 2015 election, the logistics of legalizing marijuana in Canada have yet to be ironed out or defined by the Liberal government.

An announcement was made in April, however, stating that the government would be launching a newly formed marijuana legislation by spring 2017. Canada will need to wait an entire year before the legal system is changed regarding marijuana, a length of time critics of the Trudeau-led government see as too long. Opposing political parties have stated that the Prime Minister should decriminalize marijuana in the interim, though Trudeau has stated decriminalization doesn’t quite fix the issue in the long term and would rather wait for a fully formed set of new regulations.

With a looming legislation, the Liberal government will need to deliver; one can see why Health Canada has launched this marijuana-focused questionnaire. The survey does offer a unique opportunity for the average Canadian, though, as one’s personal thoughts and concerns will be formally collected and recognized when the data is collected.

For anyone worried, all personal information provided when taking the Health Canada survey is protected by the Privacy Act and will be “collected under the authority of the Department of Health Act.” You can take the questionnaire yourself here.