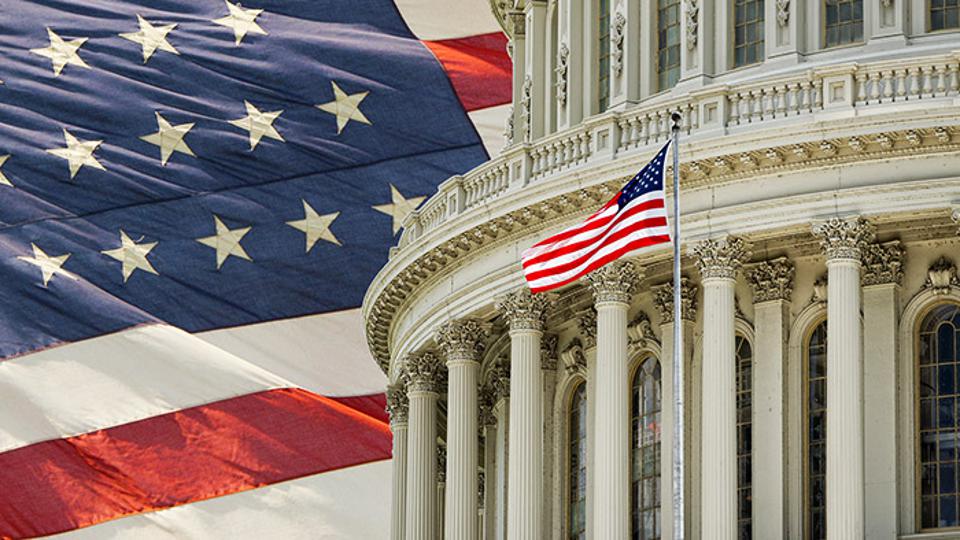 Anyone who has paid attention to the current state of politics has probably realized that this is not what the founders envisioned. Indeed, it was George Washington who explicitly warned against the formation of political parties. Of course, this country did not listen, and we found ourselves in one of the most dysfunctional periods in political history. How exactly did the country get here? What are some of the biggest questions facing the future of our political system? Even though it might look like they are just about impossible to solve, it is also important to remember that this country has come through some major crises in the past. While we are unsure of what our country will look like on the other side, it will come out of this crisis intact with the help of groups such as No Labels.

What Will the GOP Do About the Trump Question?

One of the biggest questions facing the future of the country today has to do with the Trump question facing the GOP. Donald Trump will go down as one of the worst Presidents in history, and most people in the Republican party also know that. He has the dubious distinction of being a one-term president who lost the popular vote in his victory and got impeached (twice), a label shared by nobody.

How Much Does the Democratic Party Want To Wield its Power?

The Democrats might look like they are in a good position right now. After all, they do control the White House, the House, and the Senate. Therefore, it might appear like they can do just about whatever they want; however, they are also going to own every decision they make moving forward. There will not be anyone else to blame but themselves. If they wield their power and the results are not positive, they might have a difficult time holding onto control in the midterms. That threatens to derail everything Biden wants to do.

When Will the Personal Attacks Stop?

Another major question has to do with the personal attacks that many people are seeing in the world of politics right now. While this is something that was certainly made worse by Donald Trump, it is obvious that it endeared itself to a lot of people in the country, as there were plenty of extreme candidates who lined up and got elected using the same message. For example, Marjorie Taylor Greene has quickly become the poster child for such types of personal attacks. The reality is that the country is not going to be able to move forward until the personal attacks stop. Is the country going to return to some form of civility?

What Is the Country Going To Do About Misinformation?

Finally, the political leadership also has to find a way to do something about the flood of misinformation that is quickly taking over the country. While Donald Trump has been quick to cry out “fake news,” the danger is that there is actually a lot of fake news out there. When people attack legitimate media outlets as “fake news,” this blurs the line between actual news that people simply disagree with and actual libel that is out there.

Unfortunately, the GOP is doing nothing to attack this issue right now because they continue to promote the big lie. While some people, such as Liz Cheney and Adam Kinzinger, have been quick to point out that Donald Trump lost a free, open, fair, and honest election, many others in the party have not. They have simply equivocated for the major reason pointed out above (see the first body paragraph). Until the GOP gets over this and moves past it, the country as a whole will not be able to move forward. The only way they can move forward is if they acknowledge they lost a fair election.

It is Time To Move Past Labels

Ultimately, one of the best ways to move past this issue is to get past the idea of labels. It is time to bridge the gap between the parties. It might seem like an ocean right now, but everyone has to start somewhere. The reality is that the parties need to come together, compromise, and figure out a way to do what is best for the country. While this might mean getting rid of Donald Trump from American politics altogether, it will go a long way toward healing the massive divide in the country right now.